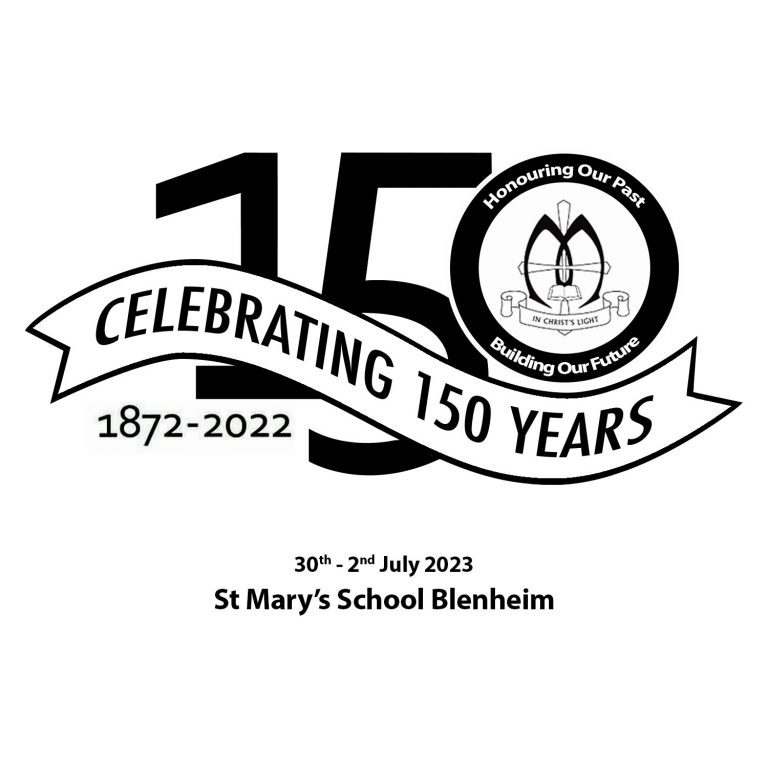 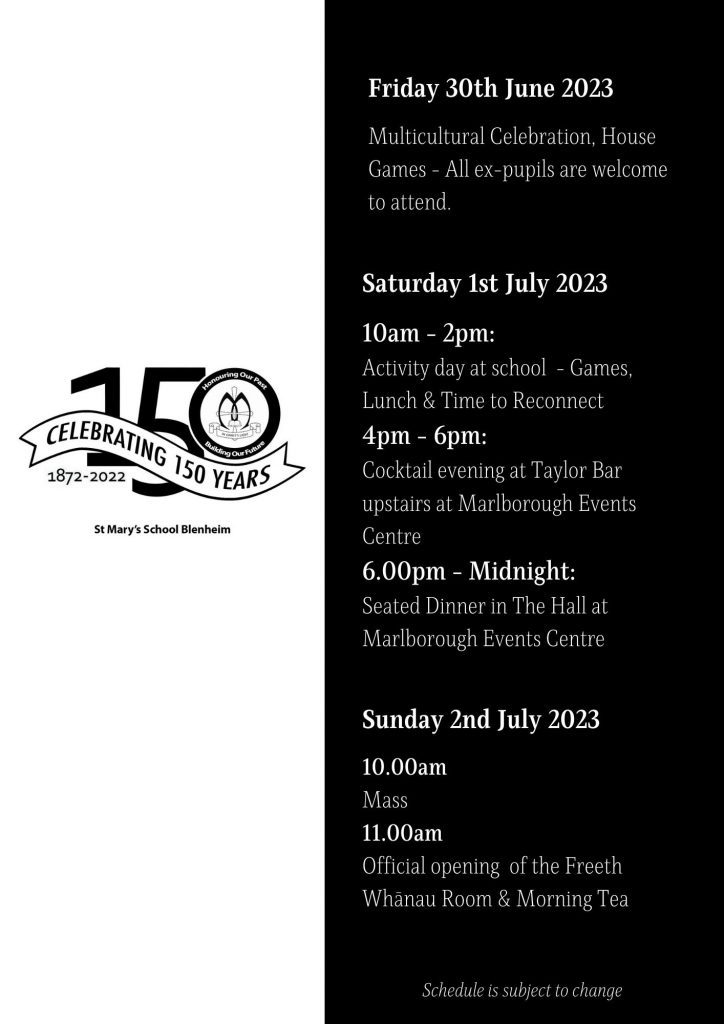 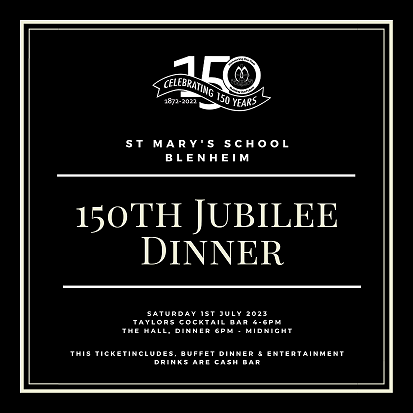 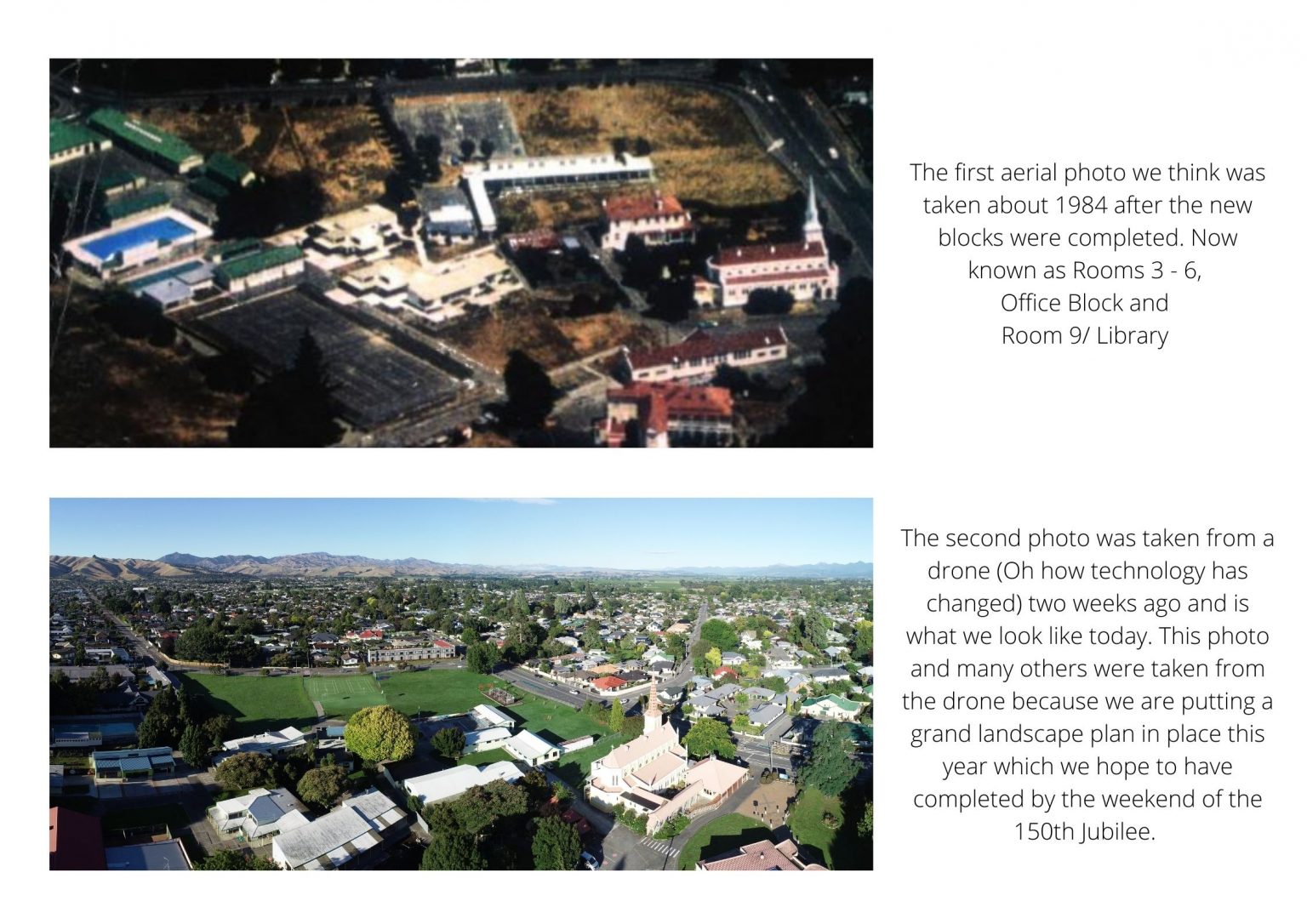 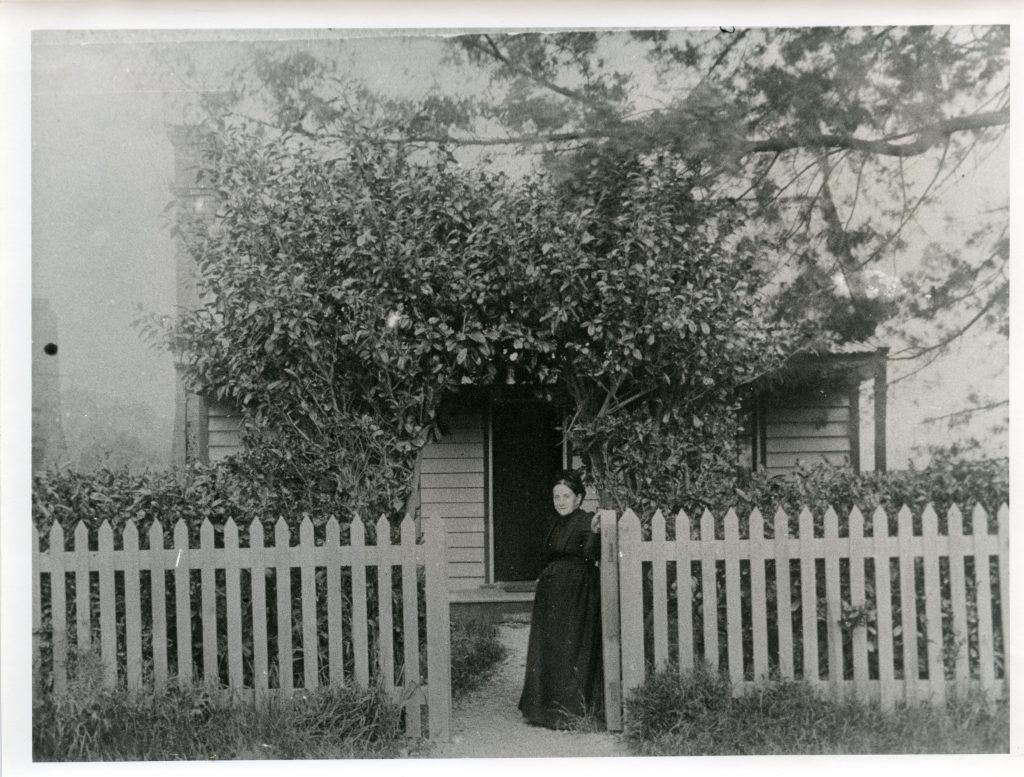 EARLY BEGINNINGS ST MARY’S PARISH SCHOOL
In 1865, Fr Sauzeau sm opened a building which was to serve as both church and school with Mr Frank O’Sullivan as schoolmaster. By 1871 the parish was raising money to build a school. A ‘great bazaar’ was held and a collection made and the amount raised was £320. With another £100 from Fr Sauzeau the school was erected. The boys’ school taught by Mr Joseph Ward,was self supporting with 50 scholars but the girls’ school with only 32 pupils taught by Mrs Carrick needed support from the parish. Towards the end of the 1870s Fr Sauzeau was able to say that both schools were free for Catholics, but non-catholics paid a fee.
In 1885 the Sisters of Mercy came to Blenheim and establishing themselves in St Joseph’s Convent began to teach the students. In 1903 the school known as the Convent High School was established. It closed in 1970, partly due to lack of vocations and partly to the inabilities of the Sisters of Mercy to pay teacher salaries. The Sisters also ran the St Mary’s Convent Primary School which was fee paying and was one of the means of support for the Convent; the other being the music lessons given by some of the Sisters. The St Mary’s Convent Primary school took girls and younger boys. St Joseph’s Parish School which was supported by the Parish was the ‘free’ school. In 1955 this division of education was ended by Fr Brice and the primary schools became St Joseph’s Primary School. So the two schools in the Parish were now St Joseph’s Primary School for girls and the smaller boys, and St Mary’s Boy’s School for the older boys who were taught by the Sisters in separate classrooms on what is now the St Mary’s school site. The de la Salle Brothers came in 1952, when they took over teaching the boys but left in 1972. In 1973 the two schools amalgamated as St Mary’s Parish School under Principal Clive Sullivan and Rod Wilkes as Deputy Principal.

In the early 1970’s it is fair to say that Catholic education in New Zealand had reached a watershed regarding maintenance of buildings, resources, and availability of trained staff, and this was no less true in St Mary’s Parish when I entered the scene in February 1973.

Two schools had operated previously, one being St Joseph’s School with girls up to Year 8 and boys up to Year 4 administered by the Sisters of Mercy, and the other being St Mary’s Boys’ School with boys from Years 5 to 8, administered by the De la Salle Brothers. Both the Sisters and the Brothers had given yeoman service over many years, but, with diminishing numbers, found they could not continue to fully staff the two schools. Apart from Br Michael, who had a liaison brief, the brothers withdrew completely but the sisters were able to supply three teachers initially in the amalgamation which followed. The new combined school was appropriately named St Mary’s Parish School.

In my transfer from Bohally Intermediate I was accompanied by Rod Wilkes who became Deputy Principal, while Sisters Anastasia and Terence, both newly arrived from Wellington, also joined the staff. It was a blessing that we were fully staffed although many appointees had come from diverse teaching backgrounds. The Catholic Education Office had contracted Bob Sloan from Belfast and Terry O’Brien from Manchester and their families were greatly welcomed into the Parish. Those who had previously taught at St Joseph’s School, notably Sr Genevieve, Ngaire Groube, Dorothy Knowles and Gay Curtis, joined the new staff, as well as Mary Gardiner who had taught with the brothers. Hazel Bason and Pam McConnell were also to join the staff a year later.

Parish Priest Fr Sloane SM and PTA Chairman Mick Murphy, together with his committee, were invaluable at that time in not only assisting with the new school set-up but also, with the help of many volunteers, the renovation of the spare classroom on the Junior School site which was to become St Mary’s Pre-School. This opened in 1974, firstly with Jenny McIlhinney as teacher, then later with Helen Wynyard.

In later years this spirit of endeavour was apparent right through my tenure at the school, with such stalwarts as Vince Smith, Chris Fredericks, Sid Nally and many more working hard to support the school, the Galas each year being a prime example.

At that time three streets separated parts of the school and sports grounds. The Junior School was on the northern side of Maxwell Road, Std 1 & 2 (Years 3 & 4) were in the old High School block which was in turn separated from the Senior School by Francis Street. The Sports Field lay on the southern side of Stephenson St. Suffice it to say that administration and communication provided some difficulties at times.

The Private Schools’ Integration Act of 1975 was a real blessing for Catholic schools. While there were demands on staffing, teacher certification and enrolment entitlement to bring each school into line with state schools, there were also salaries, teacher resources and maintenance costs on buildings to be supplied by the Department. Once each school satisfied requirements a charter was approved and in St Mary’s case this took until 1982 to bring the school up to code. St Patrick’s Hall, which had served the community for many years, was also integrated as a school hall, which meant that it could be maintained in the same way as the school. It was at this point, however, that the word Parish was dropped from the name of the school.

The passing of the Integration Act also meant that to come up to code a new Junior and Middle School would have to be built, and this was planned to be more conveniently situated close to the Senior School. Fr Bryan Montgomery SM had become Parish Priest and was very involved in the planning and siting of the proposed buildings.  The construction was duly achieved and it was a red letter day when Cardinal Tom Williams declared the new school blocks open on 9 September 1984. The new school could not have come at a better time as the roll had burgeoned out to over 450 and space had been at a premium.

The building of the school’s swimming pool provided another milestone. The pool had been designed by draughtsman Chris Moran and during the summer proved to be a boon for the school’s swimming programme and for parents at weekends as well. The aim to have all children swimming by the age of seven was largely achieved with few exceptions.

Gilbert Apperley had not only been the Church caretaker for many years, but also an efficient groundsman and general maintenance man for the school. After Integration the school was able to employ a full-time caretaker and Hugh McIlveney was the first to fill the role.

It must also be mentioned that there were those who had been committed to Catholic education over a long period of time. Helen Mackie had  been a real stalwart over the years as the school’s clerical assistant, being an excellent netball coach as well. Agnes McIlveney continued to be of great assistance as a relieving teacher, and Pat Hegglun was a very dedicated librarian. Over the years many teachers enjoyed their time in the school and we were extremely grateful for their efforts, especially the Sisters of Mercy. In my time at the school, in addition to Sisters Anastasia, Terence and Genevieve, we enjoyed the company and abilities of Sisters Anne Campbell, Joan Manson, Bernadette Maher, Natalie Murphy, Marie Gore, Barbara Wilson and Mary Gormly.

It can truly be said that the school enjoyed a golden era at the time of integration and the future of Catholic education in Blenheim looked very bright.

Get the SchoolAppsNZ Mobile App